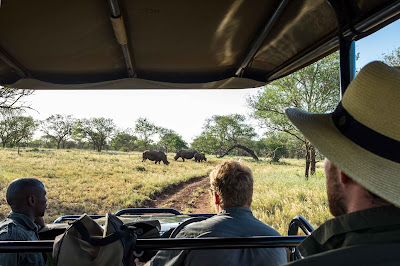 We'd like to introduce to one of the newest members of the Rhino River Lodge family - Jason!

Jason, who is our Junior Guide, has gone from studying full time in the bush to his first official job and he is absolutely flying. Jason is amazing with guests and is just such a natural at looking after people. He is also an extremely enthusiastic young man, with an impeccable knowledge of birds! So, should you be a keen birder yourself, I encourage you to come over and put him to the test.

1. What led to your position at Rhino River Lodge?

Whilst I was studying I grew a passion for birds and veteran rangers always told me of a reserve called Manyoni (the place of the birds). I had done so much research and Rhino River looked like a dream come true so when I heard of a position open at Rhino River, I was ecstatic. 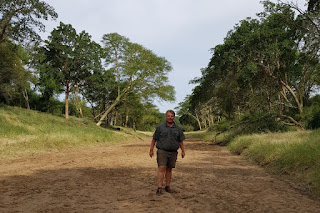 2. What aspect of your new position are you most excited about?

I am most excited to be able to interpret and share my knowledge of the bush with people who have never been to the Zululand bush or even never been on a safari before!

3. What is your favourite part of being a game ranger?

The best part of being a game ranger is definitely the sunrises and sunsets - they're absolutely spectacular.

4. What advice would you give someone coming on safari for the very first time?

My best advice for someone coming on safari for the first time would be to enjoy the bush and not only want to see the Big Five but to also focus and understand the smaller things because they can be so much more interesting.

5. Do you have a favourite animal to view on game drives?

Elephants are my favourite animals to view because they are always active and have so many behaviours that you can pick up on and interpret.

6. What do you love best about living in the bush?

The best part about living in the bush is being able to wake up in the morning to a chorus of bird and wildlife calls. The sounds and the general beauty of nature. 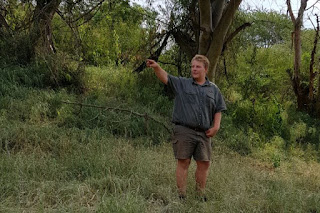 Posted by Rhino River Lodge at 9:59 PM No comments: